Visit two of only three UNESCO World Heritage sites in Ireland on ONE tour! Newgrange and the Giant’s Causeway are must-see locations on your trip to the Emerald Isle. This tour also includes visits to the Hill of Tara, Dunluce Castle, Belfast City and so much more.

After collecting you from your accommodation, we will travel to the Boyne Valley. Steeped in history, this area of Ireland is home to our first stop Newgrange. One of the most famous prehistoric sites in the world, a passage tomb in the Brú na Bóinne complex. Newgrange was designed specifically for the Winter Solstice and you get to experience a recreation of this during your visit.

From there we travel to the Hill of Tara. A magical and mythical site once home to Ireland’s High Kings. Visit the Fort of Kings, an Iron Age Royal Enclosure that houses two interlinked earthworks, Cormac’s House & the Royal Seat. View the Lia Faíl (Stone of Destiny), the inauguration stone of the Kings of Tara and feel the sense of history in the atmosphere.

Next stop is Monasterboice, an early Christian settlement. Walk amongst the old tombstones, through the historic ruins of two churches and see the spectacular high crosses all under the guard of the 35 metre high roundtower.

Then it’s on to Oldbridge Estate where the Battle of the Boyne was fought on the 1st of July 1690 between James II of England, backed by King Louis XIV of France and William III of England (William of Orange). Over 1500 lives were lost in the battle. Explore the Visitor’s Centre and learn about the single largest battle in Ireland and England’s history.

Finally, we travel to Belfast City for our overnight stay.

From Belfast City, we will travel the Causeway Coastal Drive taking in the stunning views of the Northern Irish Atlantic coastline.

Our first destination of the day is the Carrick-a-rede Rope Bridge, only for the brave of heart! First erected in 1755 by salmon fisherman, the bridge is suspended almost 100 feet (30 meters) above sea level. There’s plenty to look out for as you enjoy the scenery. From the oystercatcher to basking sharks, you won’t be short of flora and fauna.

We will then travel to Ballintoy Harbour, a picturesque spot that was also used in the filming of HBO’s television series, Game of Thrones. Stretch your legs with a walk on the pier before we continue on.

It’s then onto the second UNESCO world heritage site, the Giant’s Causeway which was created over 60 million years ago by extreme, intense volcanic activity; although local legends suggest that it was a tribe of giants that formed the hexagonal columns.

Legend says that an Irish giant Fionn mac Cumhaill (Finn MacCool) was challenged to a fight by the Scottish giant Benandonner. The causeway was built across the North Channel so that the two giants could meet. Across the sea, there are identical basalt columns (a part of the same ancient lava flow) at Fingal’s Cave on the Scottish isle of Staffa. A comprehensive Visitor’s Centre is on site with tea rooms, a Bureau de Change and a souvenir shop.

Our final stop of the day is at Dunluce Castle, built around 1500 by the MacQuillan family, it sits on the cliffs overlooking the Atlantic Ocean. In the 17th century, the castle was the seat of the earls of County Antrim.

It’s then that we return to Belfast City for our second overnight stay.

We start the day with a visit to Falls Road to view the world famous murals that occupy the walls and buildings. They mostly depict the various political heroes of the area and offer an insight into the tumultuous history of Belfast.

It’s then on to Titanic Belfast, which is the world’s largest Titanic visitor experience. With 9 interactive galleries, you can explore the story of the Titanic in a new and insightful way. You can also walk the decks of the SS Nomadic, the last remaining ship of the White Star company.

Finally we will drive back to Dublin returning you to your accommodation.

As with all our tours, this tour can be customised to include other sites. It can also be extended up 10 days.

Every tour is privately booked for your comfort and enjoyment. Our vehicles are fully licensed and insured for carrying the public.

Please ensure that you have appropriate footwear and clothing for the tour as many sites are outdoors.

Lunch, entrance fees and accommodation are not included in the tour price 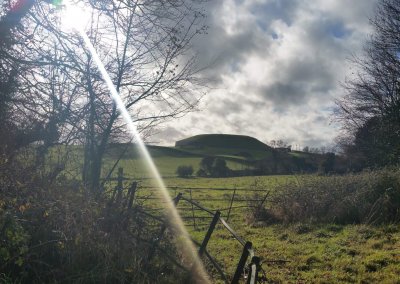 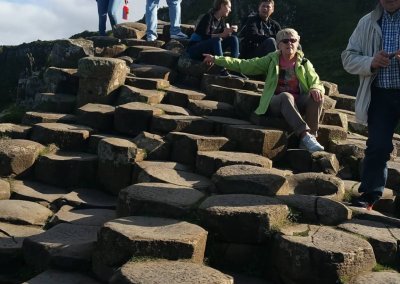