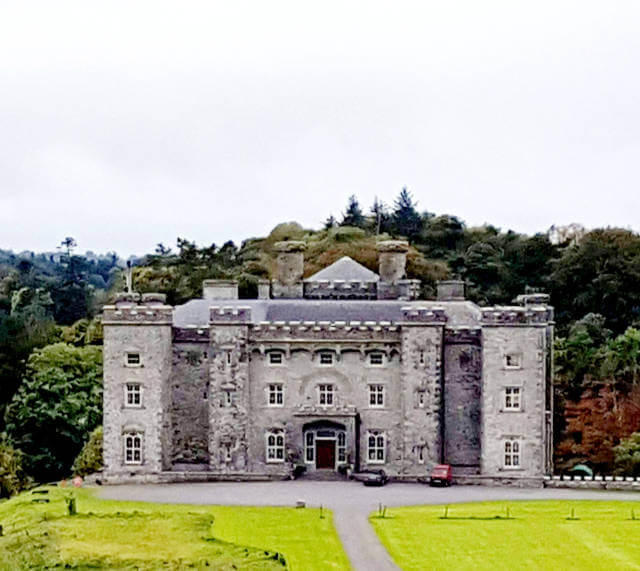 No trip to Ireland is complete without visiting our famous Castles.

There is thought to be over 30,000 Castles on the island of Ireland. Most Castles in Ireland date back between the 11th to 15th century and we’re built by Clan chiefs and then the Anglo Norman’s.

The Anglo Norman’s arrived in Ireland in May 1169 and from that day Ireland’s History was to be ruled by England for over 800 years.

The Anglo Norman Castles are my own personal favourites to visit and explore.

Below are a list of some of my favourite Castles on the island of Ireland.

No1. Trim castle in Co Meath.

The Largest Anglo Norman Castle in Ireland dating back to 1176 and by far the most impressive. Situated in the Heart of the beautiful medieval town of Trim and on the banks of the famous boyne River and built by Hugh de Lacy and his son Walter.

The Academy award winning Movie Brave heart was filmed at Trim Castle in 1994. The Film starring and Directed by Mel Gibson with some of my own favourite actors involved such as Brendan Gleeson and Patrick McGoohan and The beautiful and talented Sophie Marceau.

Part of the moat at Trim castle still exists. The moat was also known as the Leper water after people with leprosy baded in the Moat and also if they passed away to deter attackers there Body’s would be left in the moat.

Trim Castle has also over 100 spiral staircase steps to the top with Trip steps in place which would have been used during a battle. As with most medieval Castles the stairs were built to stop people who were right handed having an advantage when attacking from below as the staircase was built left handed ascending anti-clockwise.

The tours are ran by The OPW and tend to Run every hour but can run more often in peak season.

Suitability for tour of the Castle.

The tour of the keep is not suitable to people with limited mobility.

There is also an excellent tour of the grounds available and don’t forget to take a walk along the river boyne and you will discover many more amazing ruins.

Situated on the banks of the River Suir Cahir castle was built by The Butler family and served as a stronghold.

Cahir castle is thought to be the second largest Anglo Norman Castle in Ireland and was built in the 13th century to the highest standard at the time and was thought to be So effective in it’s design it was thought to be impregnable. Unfortunately it fell to the Earl of Essex in 1599.

Interesting fact. Many excellent movies and film TV series were filmed at Cahir castle including the movie Excalibur and multi award winning TV series the Tudors.

Suitable for all ages and I would highly highly recommend a visit.

No 3. Rock of Cashel in Co Tipperary.

Although not a Castle in it’s current use The Rock if Cashel was once a Castle. The ruins at the Rock of Cashel today are made up of beautiful Ruins such as the stunning Cormac’s Chapel which contains the only surviving Romanesque frescoes in Ireland.

Other stunning buildings are the beautiful Gothic Cathedral an Abbey and the 15th century Tower House. Along with a beautiful high cross and what is said to be one if the most remarkable collections of Celtic art in the world.

It is a steep walk up to the Rock of Cashel so take this into your planning especially if you have mobility issues.

Another Tip. Take a visit to the near by Hore Abbey which is great fun to explore and offers stunning views of The Rock of Cashel.

Built in 1210 by King John of England on the banks of Ireland’s largest River the Shannon and on King’s Island.

I love the self guided tour of the Castle with excellent interactive exhibitions with 3D models. Learn about the many amazing stories of the Castles long History.

This is my favourite Castle to explore for families with plenty to keep the little ones entertained.

Parking across the road in the car park is safe and allows you a lovely walk through the Medieval Quarter.

No 5. Slane Castle in Co Meath.

Slane Castle dates back to the late 18th century. The Castle in it’s current reconstruction to 1785. The Conyngham family have lived at Slane Castle for over 300 years and still own the Castle and grounds today.

The tour of the Castle is very enjoyable and you get to learn about the amazing history of the Conyngham family, The Battle of the Boyne and so much more.

Slane Castle also is the home to some of the world’s best Concerts. Legends of the music industry have playing concerts for up to 80,000 people in this Natural Amphitheatre. 1981 was the first Concert with The rolling stones and you name it the who’s who of the music industry. To name a few U2. Guns N’ Roses, Queen , AC-DC, Bruce Springsteen in 1985 which was my first experience of a concert in Slane when Born in The USA concert was on a world tour. The latest concert was Metallica which was excellent.

Tips for visitors. There is an excellent little restaurant at the Castle that serves locally sourced food.

There is also a state of the Art Whiskey distillery on the Castle grounds.

There is an excellent local farmers market on every Thursday called Rock farm which is connected to Slane Castle.

All opinions are by my good self and are from personal experience as I tour around Ireland with people from all over the world.

All photographs are by Derek Smith Custom Irish Photo.

We use cookies on our website to give you the most relevant experience by remembering your preferences and repeat visits. By clicking “Accept”, you consent to the use of ALL the cookies.
Cookie settingsACCEPT
Manage consent

This website uses cookies to improve your experience while you navigate through the website. Out of these, the cookies that are categorized as necessary are stored on your browser as they are essential for the working of basic functionalities of the website. We also use third-party cookies that help us analyze and understand how you use this website. These cookies will be stored in your browser only with your consent. You also have the option to opt-out of these cookies. But opting out of some of these cookies may affect your browsing experience.
Necessary Always Enabled

Any cookies that may not be particularly necessary for the website to function and is used specifically to collect user personal data via analytics, ads, other embedded contents are termed as non-necessary cookies. It is mandatory to procure user consent prior to running these cookies on your website.