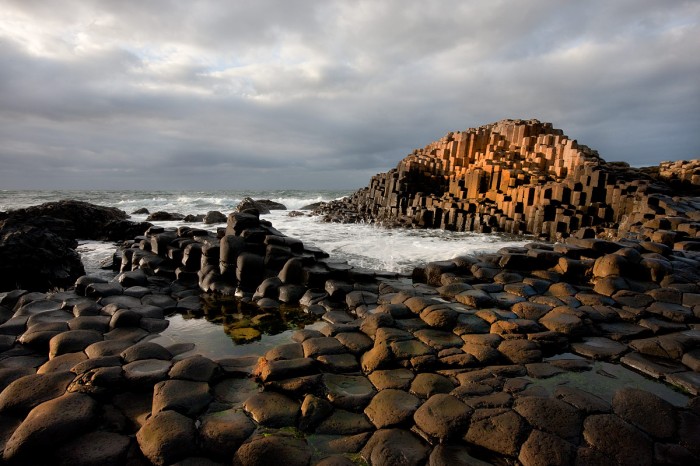 Join us on this breath-taking day tour to the Giant’s Causeway on the Northern Irish Atlantic coastline.  A UNESCO world heritage site, the Causeway was created over 60 million years ago by extreme, intense volcanic activity; although local legends suggest that it was a tribe of giants that formed the hexagonal columns.

According to legend, Irish giant Fionn mac Cumhaill (Finn MacCool) was challenged to a fight by the Scottish giant Benandonner.  Fionn accepted the challenge and built the causeway across the North Channel so that the two giants could meet. In one version of the story, Fionn defeats Benandonner. In another, Fionn hides from Benandonner when he realises that his foe is much bigger than he is. Fionn’s wife, Oonagh, disguises Fionn as a baby and tucks him in a cradle. When Benandonner sees the size of the ‘baby’, he reckons that its father, Fionn, must be a giant among giants. He flees back to Scotland in fright, destroying the causeway behind him so that Fionn would be unable to chase him down. Across the sea, there are identical basalt columns (a part of the same ancient lava flow) at Fingal’s Cave on the Scottish isle of Staffa.

In addition to the natural rock formations, there are many varieties of flora and fauna to see at Giant’s Causeway making it a must-see location for botanists and bird watchers alike.

The Causeway Visitor Centre is managed by The National Trust and includes an information office, Bureau de Change, an audio-visual presentation, souvenir shop and tea rooms.

Every tour is privately booked for your comfort and enjoyment.

Please ensure that you have appropriate footwear and clothing for the tour as many sites are outdoors.

Lunch is not included in the tour price. Many of the locations serve food or accommodation can be made to stop. Larger groups can be catered for and must be booked ahead of the tour.

Entrance fees are not included

Shore Excursions of Ireland Custom Irish Tours specialize is ancestral tours of Ireland.  Is your name Kelly, O'Doherty or Byrne the chances are your ancestors have come from Ireland. According to the last US Census 33 Million Americans claim to have Irish Blood or... 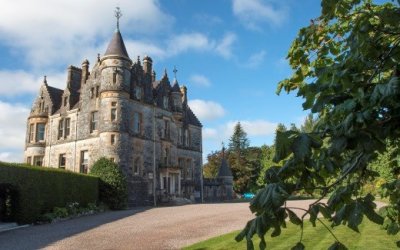 Visit several of the must-see locations of Ireland’s Southeast in this comprehensive day tour. After collection from your accommodation, we will travel to the the infamous Blarney Castle in County Cork where you will have the chance to kiss the Blarney Stone and gain... 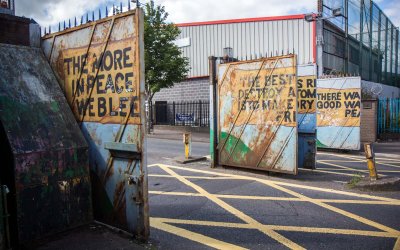 Visit Belfast on this insightful day tour made up of historic and political sites. Visiting the World Famous Catholic & Protestant Murals that paint a picture of Belfast colourful history Visit some of the main roads and streets that whrere the epicentre of so...